Turkey Has 40% of the World Marble Potential 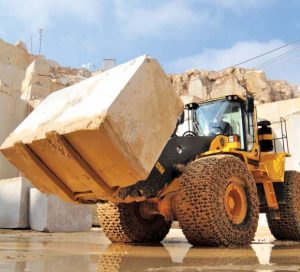 According to General Directorate of Mineral Research and Exploration (MTA) reports, Turkey has 13.9 billion tons of (5.1 billion m3) marble reserve as the total of visible, potential and possible. That means Turkey has 40% of the world marble potential. As of today, Turkey’s visible reserve has only 1.6 billion tons of marble which means Turkey is able to meet the world’s marble need for the next 80 years with its current reserve.

Within Turkey marble sector, there are more than 2.400 quarries, 2.000 factories and 9.000 workshops. The export potential of the sector is rapidly developing in parallel with the investments. Between 2003 and 2016, Turkey’s natural stone exports increased by 333% from 1.5 million tons to 6.5 million tons.

In 2006, Turkey ranked 5th in the world’s marble exports but in ten years, it has risen to the 1st place and still retains its place.